Our Petrol is E10

This follows legislation where during the summer of 2021 the standard petrol grade in the United Kingdom became E10.

We have two forecourts located at Augrés and Maufant, providing high-quality fuel, at the lowest prices. 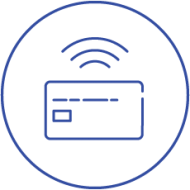 ATF Smart Monitor customers save 2ppl at our pumps every time they fill up using their discount card. 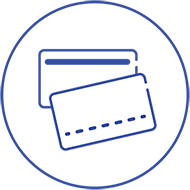 Save 1p per litre every time you fill up at our forecourts, with our free forecourt discount card.

The ATF Refuel Card is a hassle-free payment method, available for all commercial customers. 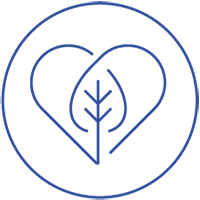 As a conscientious fuel supplier, we understand the challenges that face road users who want to achieve a lower carbon future. At NO EXTRA COST TO YOU, we’ll offset the impact of the emissions created from your fuel usage every time you fill up at our forecourts. We’ll buy carbon credits to offset the carbon dioxide (CO2) emissions generated by the fuel you use. 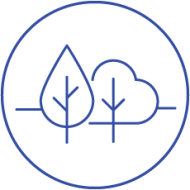 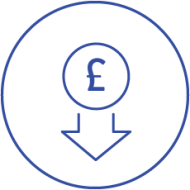 We are the only fuel distributor in Jersey which supplies renewable road fuel which complies with UK legislation that requires petrol and diesel to have a bio-fuel content of 10% and 7% respectively. Petrol and diesel with this level of biofuel content is the standard sold in the UK.

Every car since 2011 has been fully warranted to use these fuels in order to deliver low emissions and the fuel consumption and performance motorists expect. You can check if your car, motorbike or moped can use E10 petrol by using the E10 vehicle checker here.

The petrol sold in our forecourts at Maufant and Augrès is E10. This follows legislation where during the summer of 2021 the standard petrol grade in the United Kingdom became E10.

Almost all (95%) petrol-powered vehicles on the road today can use E10 petrol and all cars built since 2011 are compatible.

E10 petrol is already widely used around the world, including across Europe, the US and Australia. It has also been the reference fuel against which new cars are optimised and tested for emissions and performance since 2016.

Using E10 petrol can slightly reduce fuel economy (the number of miles you are able to drive on a gallon of fuel). There may be a reduction of 1%, which may not be noticeable in everyday driving.

Other factors such as driving style, vehicle maintenance or carrying unnecessary weight would have a more significant impact on fuel economy.

And then you have to consider we are generally more than 1% cheaper than our competitors and our fuel contains a renewable element, which is better for the environment.

What is B7 diesel?

Diesel fuel in the UK already contains up to 7% biodiesel and has done for more than 10 years. ATF use B7 diesel.

This list shows a selection of popular cars that ARE COMPATIBLE with E10. Most cars built since the early 2000s support E10. Every petrol car built since 2011 has been optimised to run on E10, so if aren’t using it, you’re not using the fuel your car has been designed to run on.

*If you’re uncertain of the specific model or your vehicle isn’t listed, please click here.

Do I need to do anything differently?

No. You can continue to fill up with whichever petrol or diesel fuel you were using before.

The following vehicles, however, may not be compatible with E10 petrol:

You can check whether your vehicle is approved to use E10 petrol using our E10 vehicle checker, which covers cars, motorcycles and mopeds.

My diesel vehicle has a label which says ‘no biodiesel’, so can I use ATF fuel?

Yes. All vehicles that can use current diesel fuel can safely use ATF diesel. B7 labels are appearing on new diesel vehicles but some older cars may have a label saying ‘no biodiesel’ by the fuel filler cap. This only refers to diesel fuel containing much higher proportions of biodiesel (i.e. more than 7%).

What is renewable fuel?

Renewable fuels (which include biofuels such as bioethanol or biodiesel) are substitutes for conventional oil-based fossil fuels. They are made from renewable sources such as sustainable energy crops or waste materials from agriculture and food processing. Partly replacing fossil fuels with renewable fuels helps lower overall carbon dioxide (CO2) emissions and meet climate change targets. Renewable fuels reduce CO2 because the biomass used to make them absorbs CO2 as it grows. This offsets the CO2 produced when the fuel is used by the vehicle.

Why are renewable fuel added to petrol & diesel? What’s the benefit?

Biofuels have been added to fuels in the UK for over 10 years. That’s because they reduce the carbon emissions from the millions of vehicles already on the roads - with no additional effort required by motorists - and our reliance on fossil fuels.

In 2018, using renewable fuels in road fuels in the UK reduced overall CO2 emissions by around 2.7 million tonnes; that’s the equivalent of taking more than a million cars off the road.