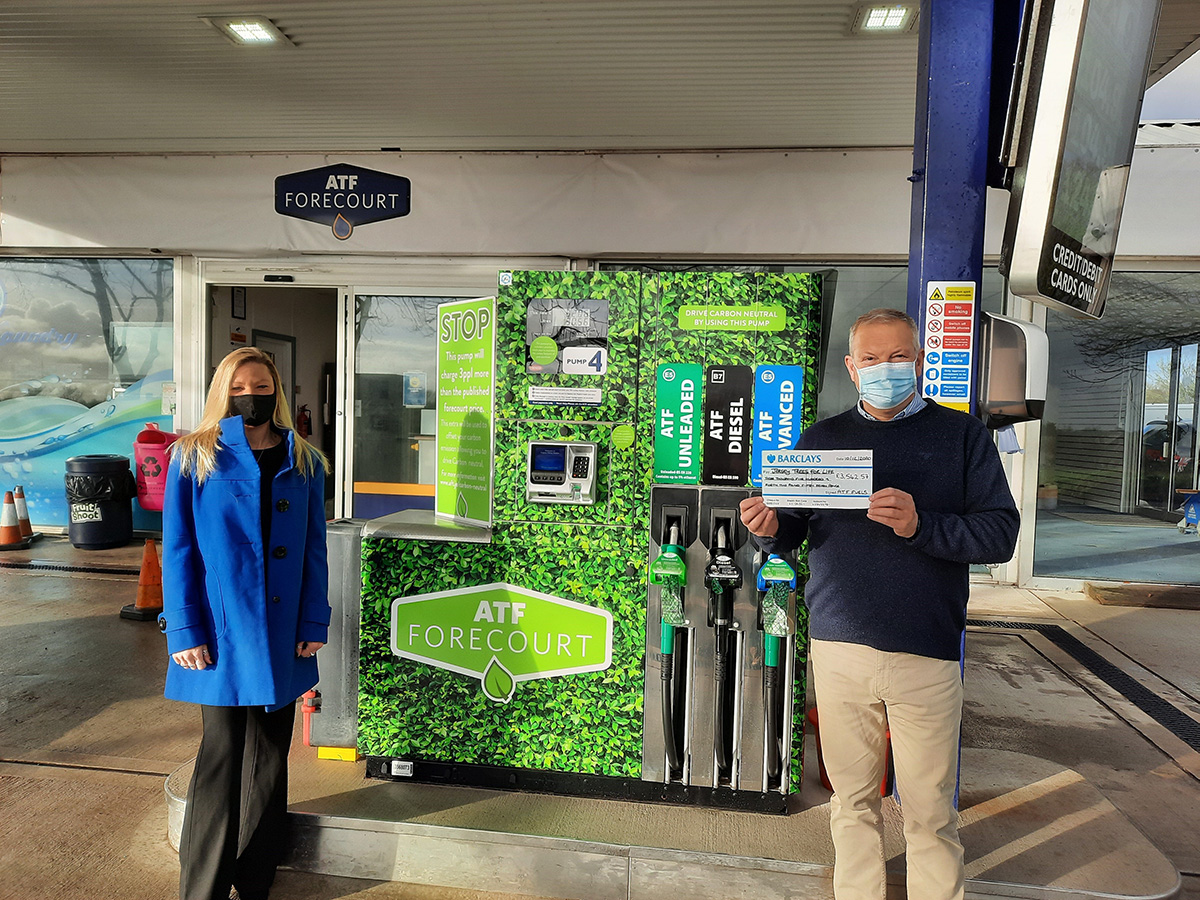 ATF Fuels have donated over £3,500 to Jersey Trees for Life as part of their Drive Carbon Neutral scheme.

In September, ATF Fuels became the first fuel retailer in Jersey to provide a choice for motorists to offset their carbon emissions from their own vehicle usage. At their forecourts at Augrès and Maufant there is a green ‘Carbon Neutral Pump’ which enable customers to neutralise the impact of their emissions by paying an additional 3p per litre when they fill up their car.

Since launching the scheme on 25th September to 30th November, a total of £3542.57 has been raised and these funds have been donated to Jersey Trees for Life. The money will go towards three of their key projects:

Karis Blackwell, the ATF Customer Service Team Leader said, ”We are delighted to make this donation to Jersey Trees for Life. The money was raised in just under 3 months and as our Drive Carbon Neutral Scheme is ongoing, we’ll be able to donate more to other environmental projects over the coming months and years. This scheme provides an affordable alternative for people who want to reduce their carbon footprint”.

This initiative from ATF also assists the States of Jersey to achieve its vision of becoming carbon neutral by 2030. The scheme is uniquely impactful, as the price of offset goes towards projects that absorb harmful emissions or prevent them from being produced in the future, and to restorative environmental projects local to the point of offset. This latter part of the work is not about directly counteracting harmful emissions, but about repairing the damage done to local environments, caused by human activity.

Ms Blackwell continued, “We still sell petrol and diesel at our forecourts at regular lower prices if our customers choose not to offset their carbon emissions. In addition, we continue to be the only Channel Island fuel supplier that complies with UK legislation that requires petrol and diesel to have a bio-fuel content of at least 5% and 7% respectively, which supports policy on reducing greenhouse gas emissions from road transport.” More information about the Drive Carbon Neutral scheme can be found at atf.je/carbon-neutral.